In our series of election specials, we hear from the candidates who want your votes.

Election of Police and Crime Commissioner

West Midlands Police force is the third largest police force in England and Wales, covering an area of 348 square miles and serving a population of 2.8 million, including the cities of Birmingham, Wolverhampton and Coventry.

Here are the candidates standing to be elected as the next Police and Crime Commissioner for the West Midlands in Thursday 6th May’s election.

Further Information on the Role of the Police and Crime Commissioner

Police and Crime Commissioners (PCCs) were elected for the second time on the 5th of May 2016 in 40 force areas across England and Wales. Every force area is represented by a PCC, except Greater Manchester and London, where PCC responsibilities lie with the Mayor.

The role of the PCCs is to be the voice of the people and hold the police to account. They are responsible for the totality of policing.

PCCs aim to cut crime and deliver an effective and efficient police service within their force area.

PCCs have been elected by the public to hold Chief Constables and the force to account, effectively making the police answerable to the communities they serve.

PCCs ensure community needs are met as effectively as possible, and are improving local relationships through building confidence and restoring trust. They work in partnership across a range of agencies at local and national level to ensure there is a unified approach to preventing and reducing crime.

Under the terms of the Police Reform and Social Responsibility Act 2011, PCCs must: 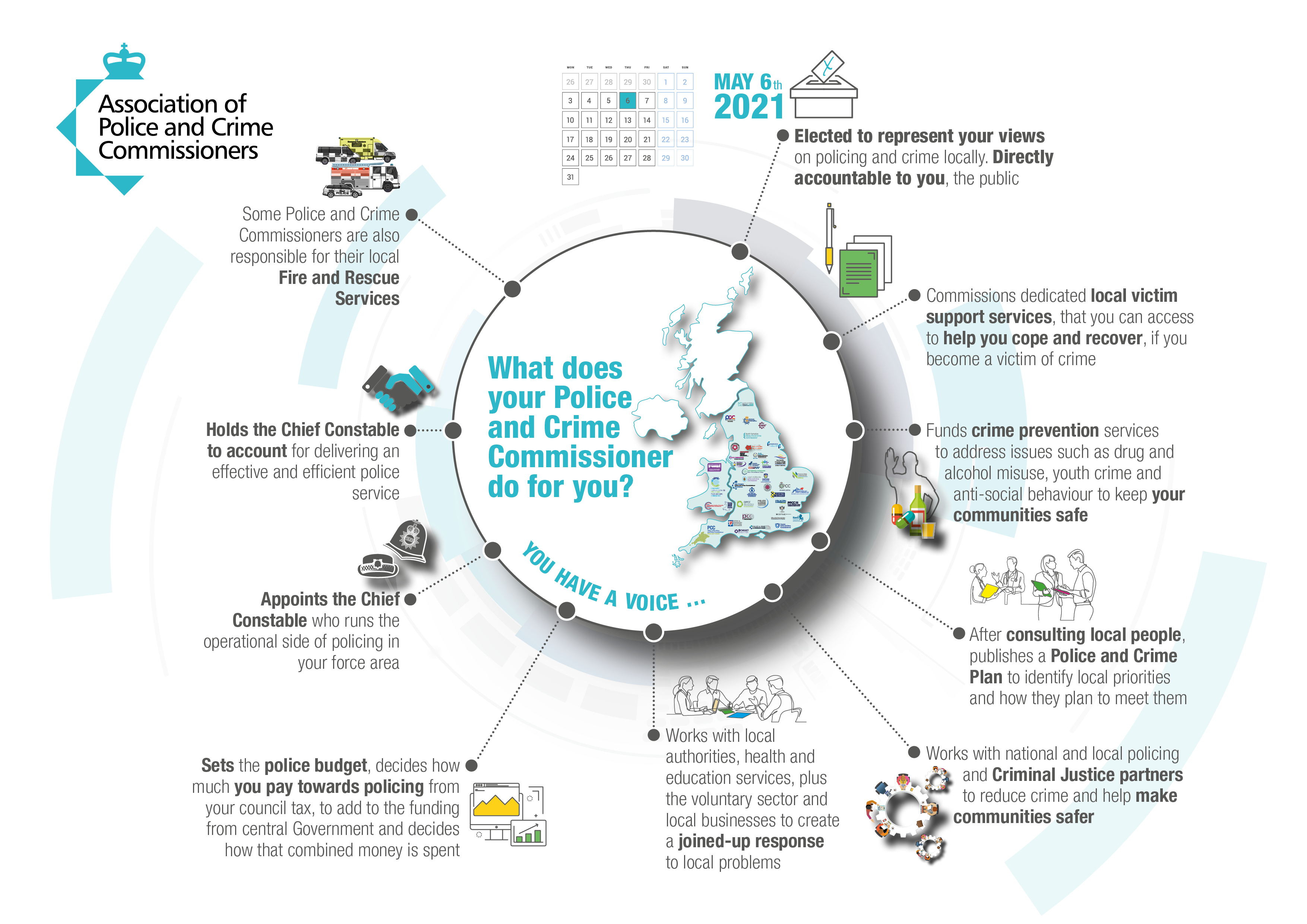