Levelling Up the UK’s High Streets
Closing the mismatch between what is donated and what charities need
You are here: Home  ⁄  Centre for the New Midlands  ⁄  Levelling Up aspirations applauded, but concerns expressed on its resourcing and focus

Levelling Up aspirations applauded, but concerns expressed on its resourcing and focus

On 26th April 2022, the Centre for the New Midlands hosted its first Panel Discussion, with guests debating the question of whether the Government’s recently published White Paper would kickstart the Levelling Up agenda or if it was too little, too late.

The panel, which was comprised of Professor Alex de Ruyter (Director of Brexit Studies, Birmingham City University), Kate Algate (CEO, Coventry Citizens Advice), Amardeep Gill (Partner, Trowers & Hamlins) and chaired by Chris Smith (Founder and Managing Director, Centre for the New Midlands) gave their perspectives on a range of themes associated with the Levelling Up agenda.  The panel considered: 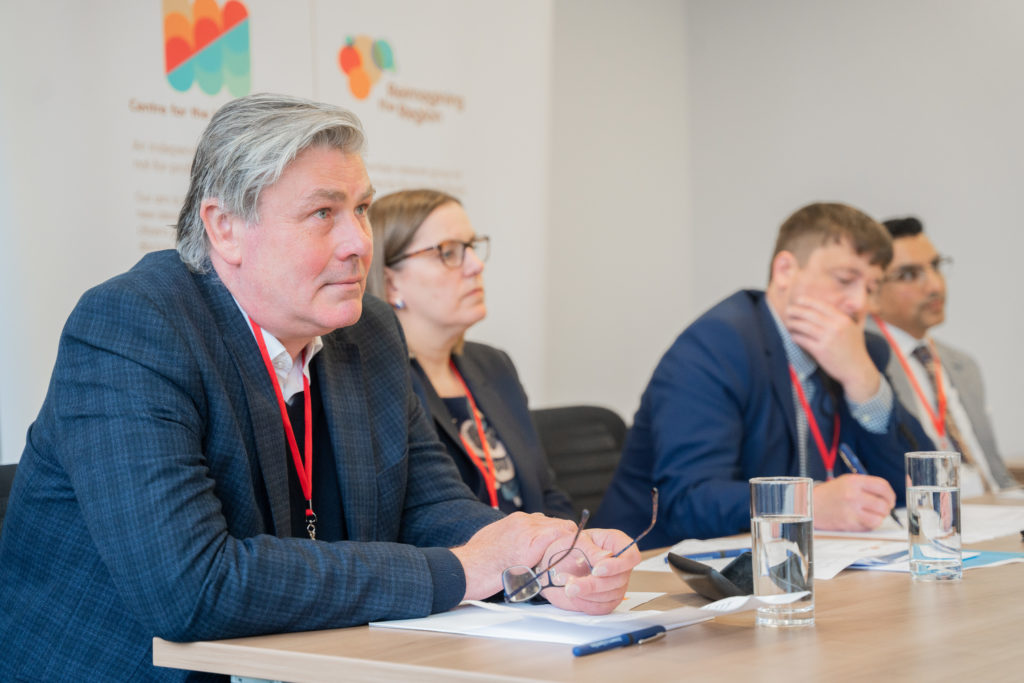 “The Levelling Up agenda is of fundamental importance to the future prosperity of the West Midlands, but also to the broader United Kingdom.  It was interesting that the the panel members broadly agreed that whilst the sentiment of the White Paper was to be applauded, there was universal concern about the lack of new investment from the Government in making the aims a reality”.

“It was a really engaging session with great input from the audience.  It was a pleasure to be able to support and sponsor this event with the Centre for the New Midlands and look forward to working together to enhance policy making across the region”.

For further images of the event, please visit our Flickr site