Levelling up by 2030
CNM appearance on Liam Halligan’s ‘On the Money’ programme
You are here: Home  ⁄  Centre for the New Midlands  ⁄  20 business leaders welcomed to CNM’s first Roundtable

On 29th March 2022, 20 business leaders from across the West Midlands region joined the Centre for the New Midlands for its first ever Roundtable, with guests exploring the soon to be negotiated ‘Devolution Deal 3’ and specifically, the Mayor’s ambitions to secure greater control over trade and investment.

The working lunch, which was held at Marco Pierre White Steakhouse and Grill at The Cube, was generously supported by international law firm Trowers & Hamlins and welcomed leaders from a whole host of sectors and organisations from across the West Midlands. 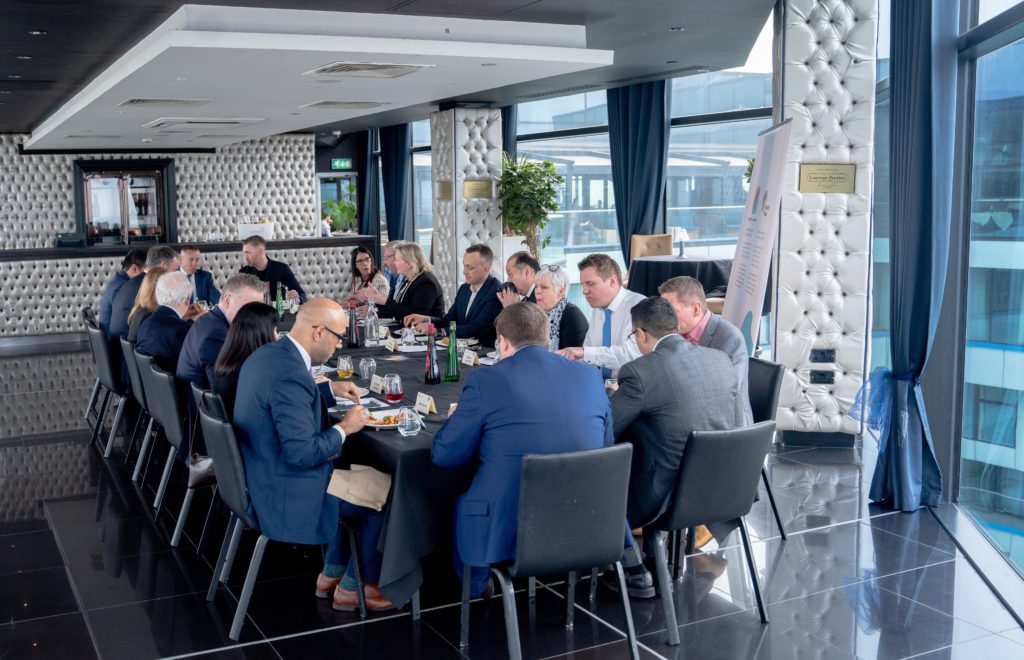 Guests were asked to consider a range of questions including what the West Midlands means to an international audience and what are the most important factors behind decisions  to relocate or invest.  The session’s dialogue will be summarised for a formal report and provided to negotiators exploring the next Devolution Deal between the West Midlands and Whitehall.

“Today’s hosting of our first ever Roundtable marks another significant step in our development as the only independent, apolitical think tank for the West Midlands region.  It was so pleasing to bring together such an experienced group of leaders to discuss how we can build a better region through enhanced trade and investment.  Today’s Roundtable is just the start of our activity to bring people together to enhance political discourse and bring people’s ideas and perspectives to the table”.

“We are delighted to have joined forces with the Centre for the New Midlands to deliver this landmark event for the think tank.  As an international law firm with a strong presence across the West Midlands, we are so pleased to be playing a role in helping to shape the conversation and a ‘better’ region.”

For further images of the event, please visit our Flickr site